I haven’t written much lately for many reasons.

I don’t have much nice to say so I just haven’t said anything at all.

But I’m changing that. I’m going to start writing more about my REAL TRUE FEELINGS in my blog but I’m deleting Facebook and Instagram from my life for now. This is for many reasons but I have so much going on I just can’t do social media right now. I’m leaving Twitter for now, only so I can link my blog posts to Twitter and hopefully someone somewhere will hear me, understand me.

Hopefully I will help any adoptee understand they aren’t alone. 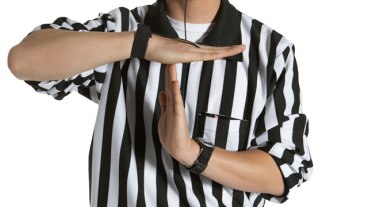 I stopped watching television 3 almost 4 years ago. It was a great decision for me. I actually hate television. We only have one television in my house and I might watch 1 hour a week if that. It’s cleared my mind and given me a chance to do many other things in life.. I get anxiety sitting in front of the television like my life is passing me by and I just can’t focus on fake shows that seem to just steal my time away. I don’t know… It’s even hard for me to watch movies but I do on occasion, maybe one every other month.

I would rather be walking, reading, being outside, writing, or learning about something productive. I love my worship music and I stay plugged in 24-7.  I stay moving and I can’t sit for long periods of time.

I CAN NOT SIT IN FRONT OF THE TELEVISION.

So now it’s dawned on me that Social Media has taken the place of the Television! It’s creeped up in everyone’s lives and I truly believe so many people are co-dependent with Social Media and they depend on it. They wake up and go to bed checking social media. I AM GUILTY! But I have recently figured out that I do not want to be dependent on Social Media. I don’t want to be forced to paint a picture like everything is “Okay” in my life just to appease my audience when things aren’t okay. . I do not want to be controlled by the things of the world.  I look at my kids and other people’s kids and other people glued to their phones at certain times where all we have is a little time to make memories. I AM GUILTY! I am not exempt.

But I believe God is really gearing me to get off Social Media at this time in my life.

I HAVE A LOT GOING ON…

With that being said, I will be writing more in my blog and I look forward to my readers following me and my fellow adoptees chiming in when they can relate. My blog posts will be shared on Twitter and that’s about it… For now.

I am looking forward to a time away. If you read this through Twitter and want to contact me please do so through my blog. I will only be using Twitter as a portal to share the posts. I will not be checking it or Tweeting in general.

Thanks for reading. I am looking forward to sharing some of the things going on in my life as to why I have felt like I need to make these changes.